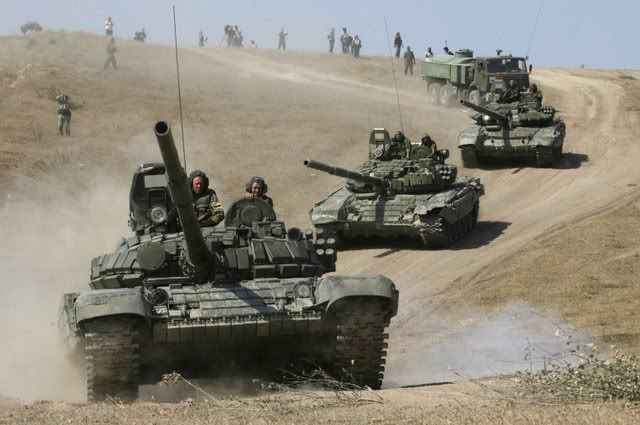 In part 1 of this series of posts, the impact of location and orbat change on the composition of the MRR and TR were considered the next aspect of MRR and TR composition I wish to examine is the rate of equipment change that occurred within the force through out the 1980s. The principal drivers for change over this period would appear to be a doctrinal shift where conventional artillery replaced nuclear and a response to the increasing effectiveness and scale of the NATO anti armour defence.  From the mid 70s onwards this drove an increasing emphasis on the combined arms battle, greater amounts of artillery, more mobile artillery and increasing levels of protection for both armour and infantry, with greater integration of infantry and artillery into tank divisions and regiments.  One of the aspects of the cold war period that I find particularly interesting is how this pendulum of technological and organisational advantage swung backwards and forwards between the various NATO forces and the Soviet led Warsaw Pact forces.

As ever major change took an amount of time to achieve and how it proceeded also had a significant impact on the potential force composition.  The rate of change in the fielding of new equipment was greatest in GSFG followed by the other forward groups of forces then the remainder of the Western TVD. A degree of experimentation took place in terms of force structure and equipment change in the Soviet Military districts within The Western TVD because they were more distant from prying Western eyes.  It is worth bearing in mind when considering the numbers of tanks of a type produced that there were around 300 tanks in a fully equiped soviet TD or MRD. 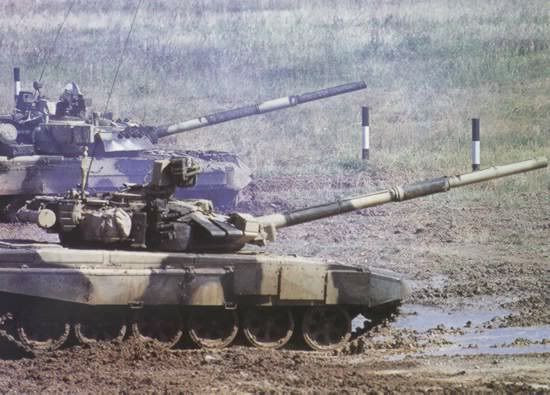 The CIA estimated annual tank production to be 3000 vehicles per year between 1973 -1983, and assessed that this was maintained despite the increasing sophistication of the armoured vehicles being produced over this and the subsequent periods. In broad terms the changes that occurred were as follows:
The CIA assessment provides a view that in 1983 50% of the Soviet tank force in the Western TVD were T64/72/80 by 1985 this would be 75% and by 1990 100%. By contrast for the Nortwestern TVD the ratio of Modern tanks in 84 was assessed to be 15% and in the Southwestern TVD 20% with little significant change predicted. For the Strategic reserve in 1984 it was 30% modern but stil containing significant numbers of light PT 76 and Heavy JS series vehicles as well as T55/62, this would adjust to 50% by 1990. 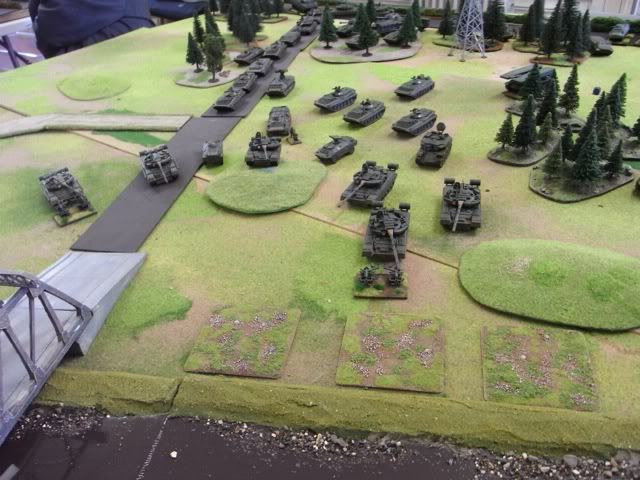 Victor Suverov discussed a Unified Warsaw Pact command, providing 3 Fronts in the first echelon, 2 in Germany and 1 in Chezceslovakia 1 in the second echelon in Poland and a Group of Tank Armies in the third centred on the Soviet Military Districts of the Western TVD.  He also indicated that to bring GSFG up to strength to form 2 Fronts three divisions, 1 TD and 2 MRD, would have to be moved from Beylorus.

A bold assessment of this data might conclude that one of the Fronts in Germany was T64 equipped the other T80 equipped with the NGSF also using T80, whilst the Front centred on the CGSF used T72.  Units from the Soviet MDs that were part of the Western TVD that would be sent to reinforce GSFG would be equipped with either T80 or T64 as requiered and that the remainder of the third echelon would be T72 equipped. The confusion that is seen in the equipment listings being the amount of time it took to achieve and any rationalisation that occurred around training stocks and shifting equipment around as it was replaced. 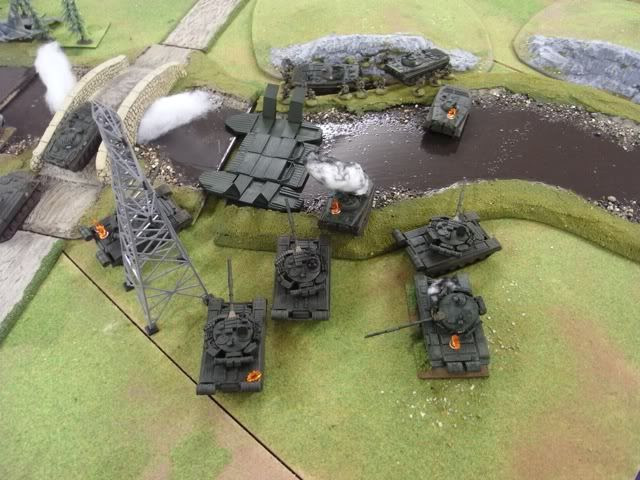 The changes to specific tank designs over the period are outlined below, I've mostly concentrated on the changes that make a war-games difference, quite extensive descriptions of the totality of change can be found in the references and links.

The main production run for the T62 took place between 1963 - 1973, in 1972 it was updated to allow a Dshk heavy machine gun to be fitted to the loaders hatch which was not retrofitted to older variants and provided with an APFSDS round. 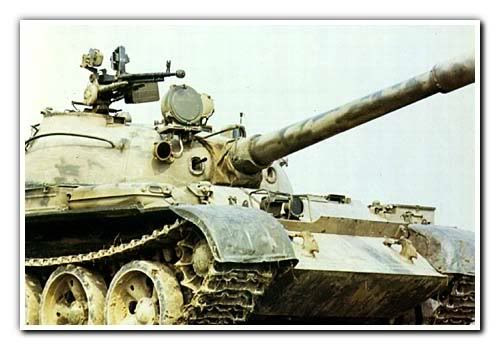 in 1975 a KTD 1 laser was fitted in armoured box over main gun improving HEAT and HE Frag accuracy over 1000 m. 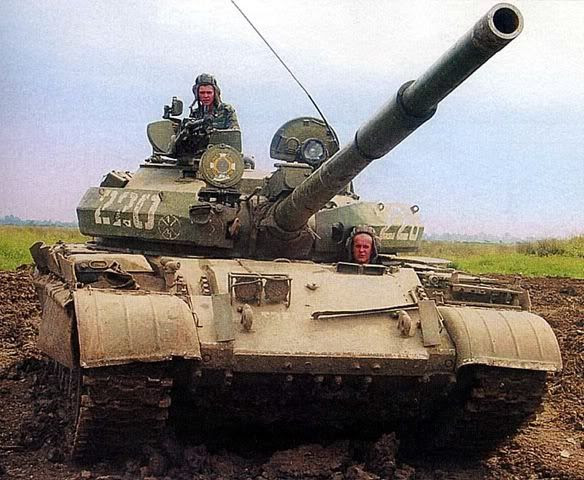 Between 1980 -1985 700+ T 62 were upgraded to the T62M,  this provided improved armour with laminate appliqué packages for hull and turret increasing protection to levels found on the T72A/64. In addition Smoke Grenade Discharger units were added and a series of accuracy improvements included upgrades to; the laser range finder,  fire control system, gun Stabilisation and a thermal sleeve. Significantly the Sheksna tube launched missile with a range of 4km was fielded.  Small numbers of T62 MV were identified with Kontakt 1 but these were not deployed in any numbers. I would be inclined to speculate that the fact the capability existed implied it could have been rolled out for a major conflict. 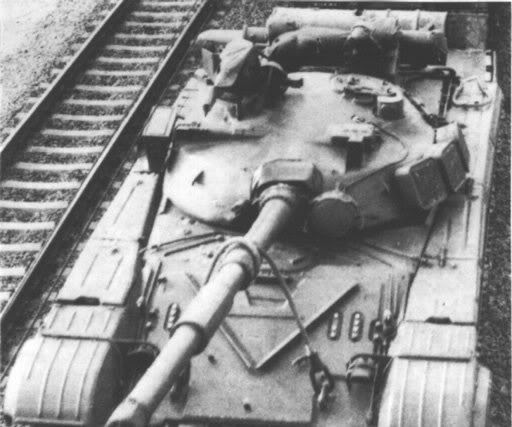 Consistent data on the T64 seems quite hard to find. It was deployed to the western group of forces from 1976. In 1981 fielding of  the T64B upgrade commenced which included a tube launched missile system, the 9K112 kobra or AT8 Songster with a 4km range.  In addition an improved fire control system and laser range finder were also provided.

By 1984 vehicles with appliqué armour packs were being observed together with the T 64 BV fielding the Kontakt 1 explosive reactive armour. Other than wikipedia I can find no reference of a BM version with Kontakt 5 which seems inconsistent with the evolution paths of the T 80 and T 72 and no reference of an upgrade to the AT 11 Snipper missile system. 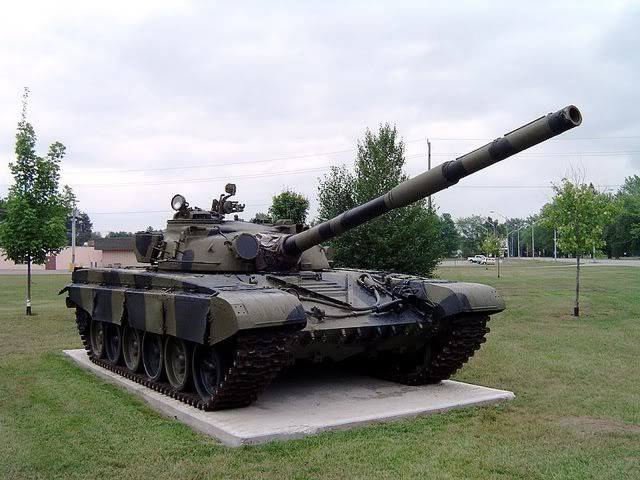 The T72 commenced it's initial production run in 1974 and in 1978 was upgraded to the T72A this initially provided improvements to the armour and added a laser range finder. 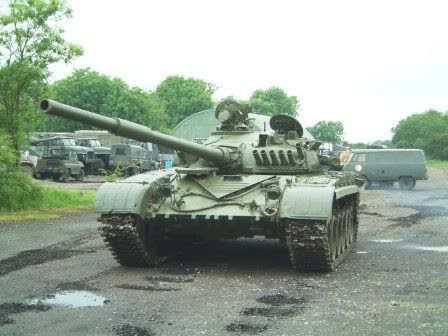 In 1980 12 Smoke Grenade Dischargers were added to the front of the vehicle and in 1981 anti radiation cladding was added to the turret along with an extra stowage box, these last set of changes being largely cosmetic as far as the wargamer is concerned.  The T-72 AV with ERA could have been deployed from 1984 but was not identified until 1987/1988. 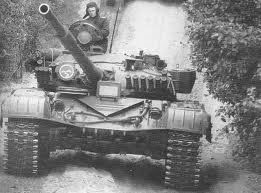 In 1985 the T 72 B appeared with enhanced laminate appliqué armour giving it protection levels better than the T80B.  The upgrade included a variety of other modifications that included, new road wheels with 6 indents rather than 8, a new engine to accommodate the increase in weight.  The smoke grenade dischargers initially mounted on the front were shifted to the side to accommodate the Kontakt 1 ERA units. 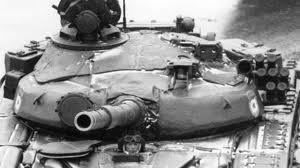 This implies the ERA units were available before they were positivly identified being deployed on T72Bs, In 1987/88.  in 1988/89 the T72B was upgraded to allow the T72 to fire the AT11 Snipper missile, vehicles not upgraded were designated T72B1.  Subsequent to the collapse of the Soviet Union firing tests conducted in the US identified that the T 72B would have been a difficult beast to kill. 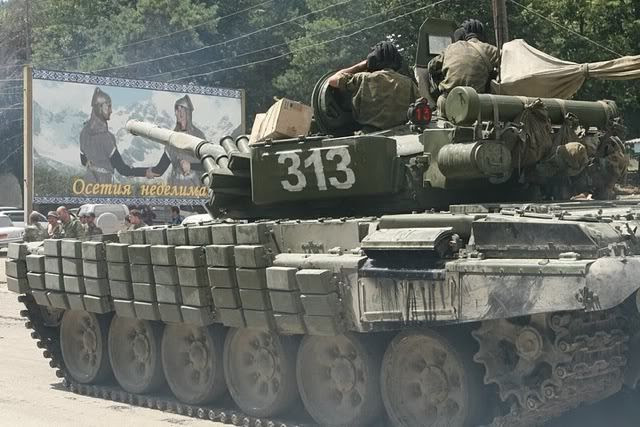 From around this time it would appear that tanks were issued from the factory in the three colour, green sand and black camouflage scheme.  In 1990 the Soviets started to deploy the T72BM which used the Kontakt 5 ERA packs this vehicle is effectively what is now termed the T 90, having been re christened following the Chechen conflict. 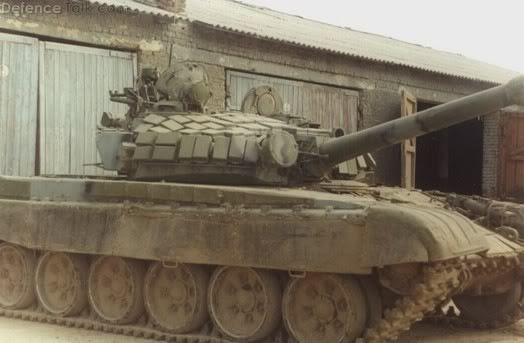 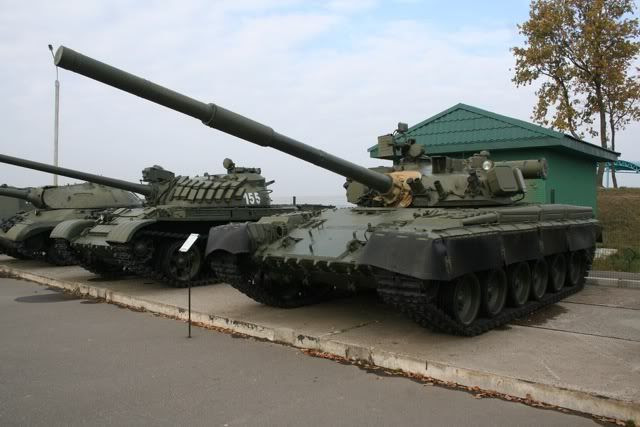 Production of the T 80BV commenced in 1985 with deployed vehicles being identified a few years later equipped with Kontakt 1.  It is not clear whether in the event of war many of the T80Bs would have been seen sporting ERA. 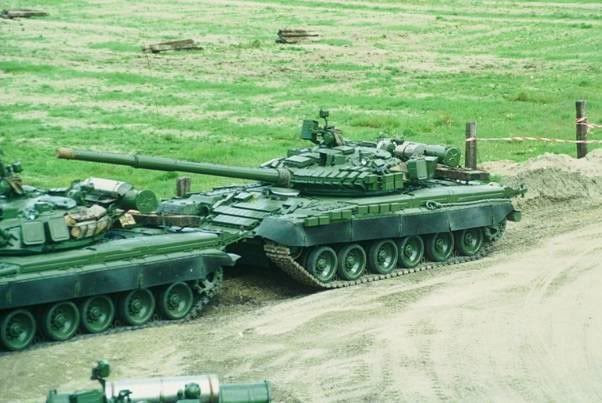 In 1987 the T 80U with Kontakt 5 and the AT11 Sniper was deployed, with the T80UD following in 1991 with a diesel engine. Similar to the T 72s they started to be issued direct from the factory in the Sand Green and Black scheemes in the late 1980s. 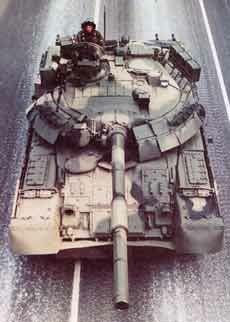 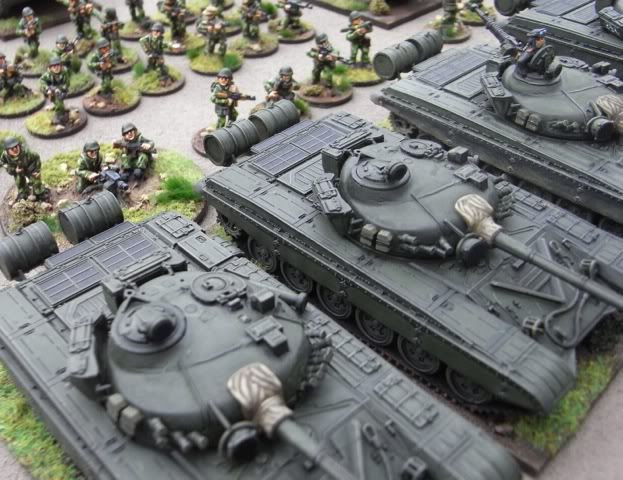 Whilst the analysis has been interesting the constitution of my MRR tank battalion will be somewhat simpler, for:
Bearing in mind that the fronts and armies would have been composed of non Soviet and Soviet Warsaw Pact forces all under Soviet Command at Front and Army level then you can almost field anything at any time.  I hope to run through other vehicles and some of the conundrums raised by unified Warsaw Pact command in a later post.