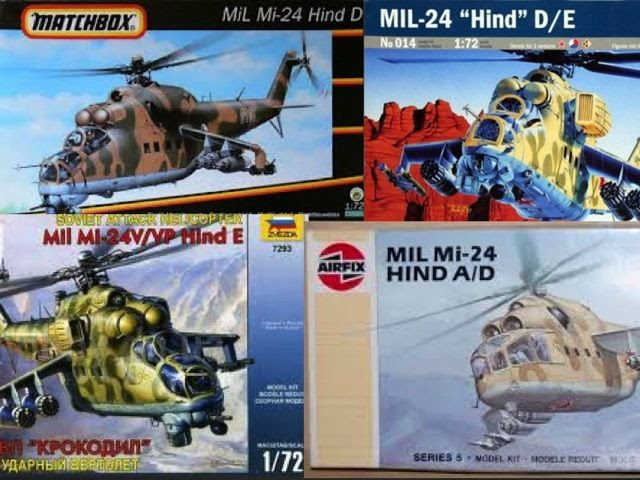 The Mi - 24 Hinde is another one of those Soviet designs that have become Iconic symbols of the Cold War, Its distinctive and unique shape together with its extensive combat deployment by the Soviets and a myriad of client states throughout and beyond the cold war have assured its place in history.  Brought into service in 1972 and based on the Mi-8 Hip's propulsion system it has served through to the present day with the Soviet Armed forces.  Almost uniquely amongst combat helicopters it has capacity to carry dismounted troops as well as a variety of anti personal and anti tank weapon systems including 57mm FFAR, 12.7mm Gatling MG and AT6 Spiral or AT2 Swatter missiles depending on mark. 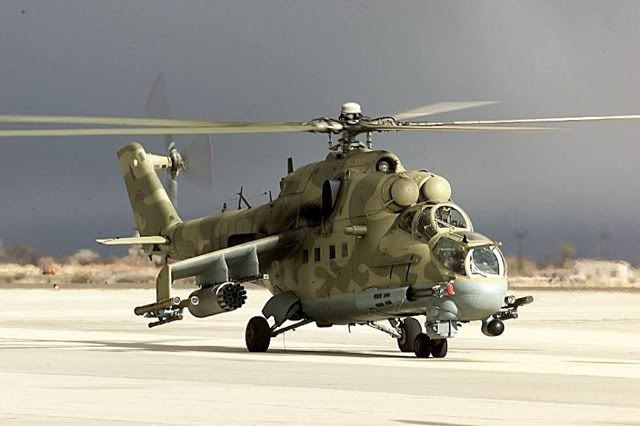 As befits such an iconic system, just about every kit manufacturer worth their salt carries one in there range. Probably the most easily accessible today being:

The most commonly available type being the D/E variants but with a smattering of Fs.  Prices Range from £10 - £15 depending on manufacturer and older kits are readily available on Ebay.

For my Attack Helicopter Squadron I have built a clutch of Hinde attack Helicopters from a variety of manufacturers, noteably Italeri, Zedveda, Matchbox and Airfix. 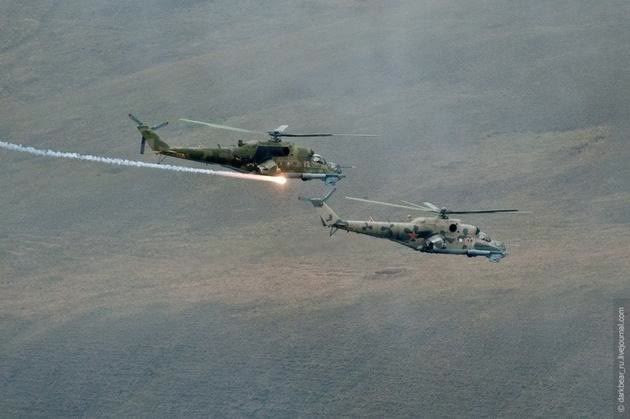 All the Kits are straight forward to build, although the Italeri needs the internal cabin to be built in order to mount the engine assemblies. This raised two issues if you don't fit the internal detail then look hard to check which way round your inserting it and the engine exhaust mountings can be a bit fidily to attach, other than that all were straight forward to assemble with the matchbox kit almost being a snap assembly designed for the younger modeller which somewhat put me off it as a product. Having said this in all cases I left out all rotor assembly primarily to ease handling and storage issues for gaming. 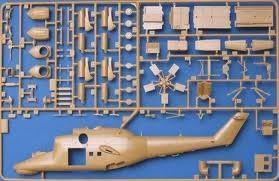 Of the ones I built I preferred the Italeri's certainly from the point of view of quality and surface detail although the Zveda aircraft was comparable. All the kits are considered inaccurate by the aero modelling fraternity, but look fine on the table top. All scale out well and look ok together although you inevitably end up with a mix of weapons and decal sets. Creating a consistent set of decals for the unit proved challenging and I bought an aftermarket decal set from Bergamot for the SU 27B Sea Flanker which whilst it was designed for something completely different had a lot of red stars and groups of numbers in consistent colour and style. 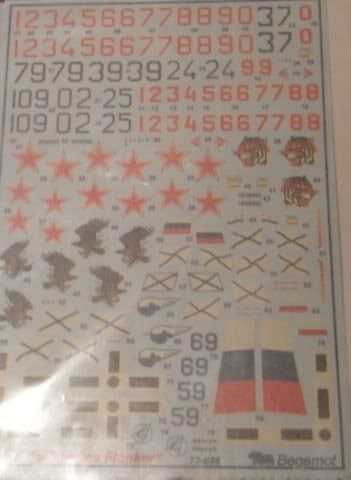 An analysis of colour schemes of Soviet flown aircraft from across the web left me focusing on two main choices the Sand and green scheme seen in both Europe and Afghanistan and a less pervasive Green on Green scheme. For the Mi-24s I decided to complete them all in the more wide spread sand and green, with the Attack Helicopter Squadron carrying red markings and the Divisional Support Squadron yellow.  Its not clear from my research at what organisational level consistency of colour of numbering applied.

I painted them all with Vallejo paint using:

all Aircraft were undercoated black then had many dilute layers of Sand and sky blue applied before adding the disruptive pattern, it would have been a lot easier to paint 25 aircraft an helicopters with an airbrush. Panel lines were picked out in the relatively new GW Agrax Earthshade (brown) although the undersides were left, these were then over washed with dilute solutions of the main colour to make them less prominent. The cockpits were painted out with black grey which was used for exhaust ports and all weapon systems less the rocket pods which were sky grey. 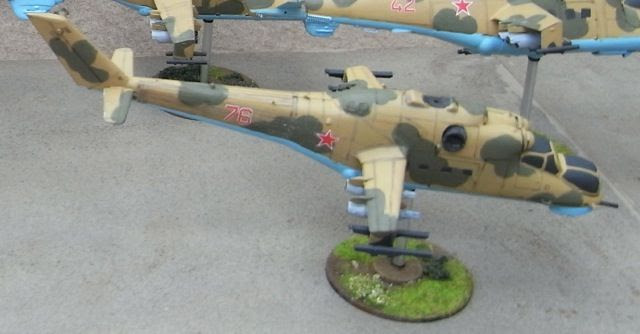 All aircraft were mounted at a variety of flight angles onto Coresec Engineering bases using 1" 1.5" and 3" flight stands which were attached to 40mm Diameter pre cut MDF bases from East Riding miniatures. These were then covered in white glue and sand before being painted in GW Calthan Brown (sadly OOP) before being dry brushed Vallejo Dessert Yellow and covered in a variety of basing products. 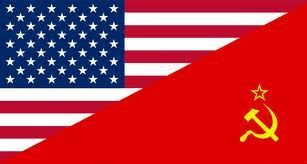 Well its been quite a time since I posted anything new, I have been having a bit of a break from the hobby, a combination of a big project (Soviet Air Assault) that was taking to long to output anything to write about and an increase in the pace of activity at work,  The net result had slowed me down and in releasing less I had lost my way a bit in terms of the organisation of what I was trying to do. My intent now is to write four magazines a year releasing 10 - 12 posts around a core theme over a period of 3 months, these will cover the usual topics of Reviews, News, Orbat, AAR and Scenarios.

The Summer Magazine will be focused on the completion of the Air Assault force and the development of Scenario material for a game that will be played out in July with a full AAR appearing in the Autumn edition, stimulated by finally completing a number of the units I have been working on for the last  year.

At long last then my 100th post and I note we are nearly upto 100 followers so plenty to celebrate.

The other thing that has brought me out of hibernation are some fantastic new releases and future releases that are popping out  a couple of the regular suppliers of cold war goodness and all focused on the British, these releases make covering the bulk of units for British forces very achievable and are very attractive to boot.

Matt over at Elhiem figures has been extending his British range, which originally comprised a section patrolling with SLR, GPMG, 58 pattern webbing and tin hats in and out of NBC kit. Suitable for units up to 1987-1988 when SA80, PLCE webbing  and the Mk 4 Helmet all started to make an appearance. 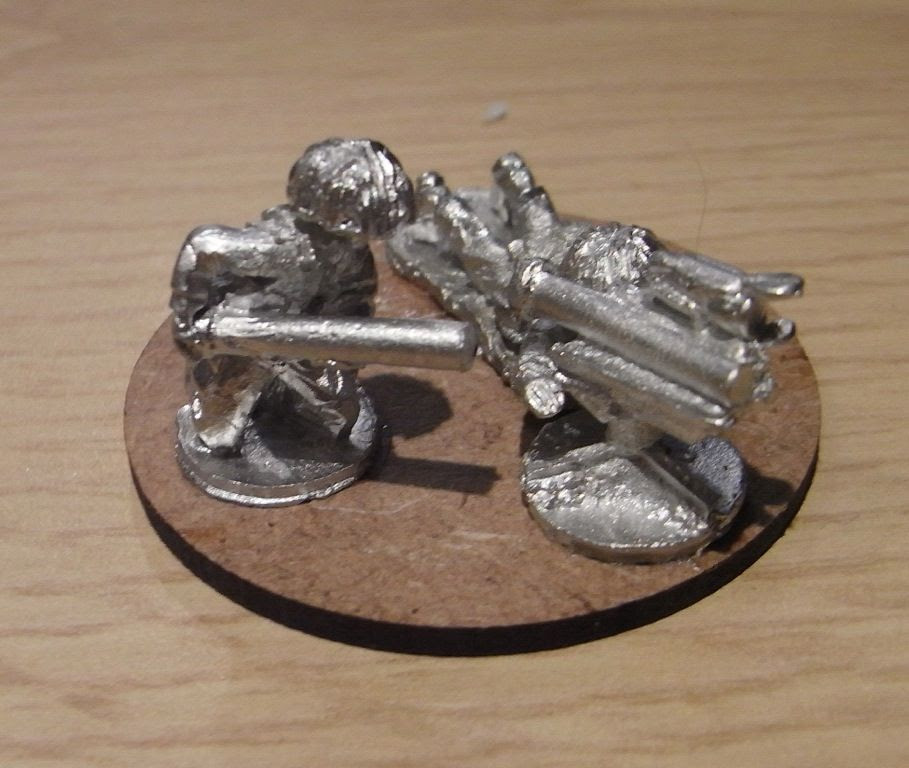 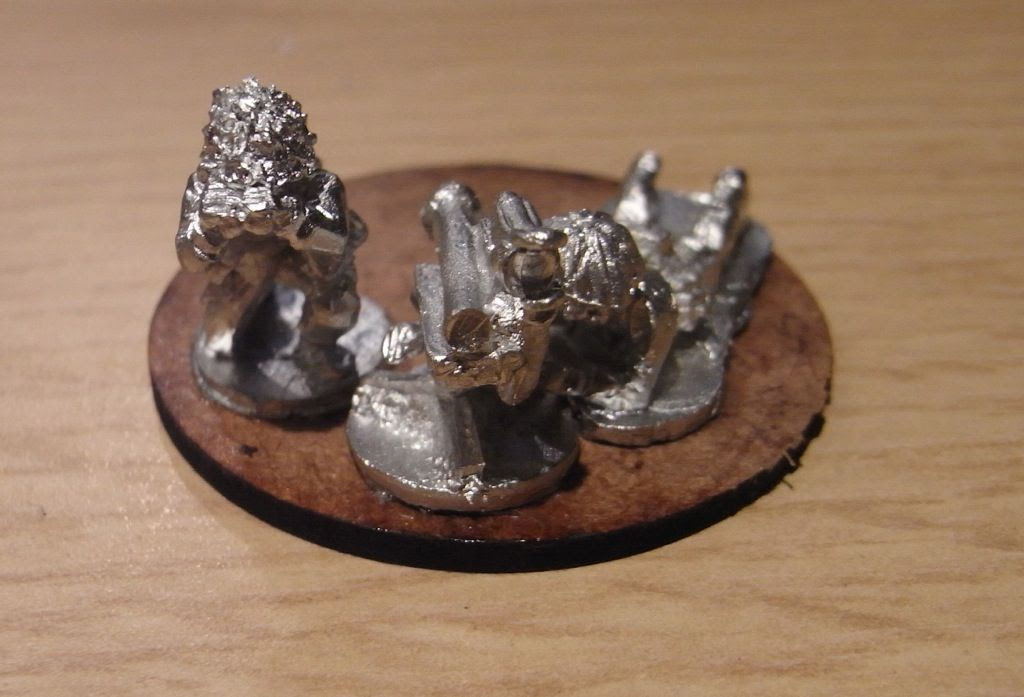 To these he has added a mid 80's Milan team of three figures, 58 pattern webbing and Tin hats but a Milan post with Mira,  If you need an early 80's team the NATO Milan teams have a platform without MIRA.  The 3 figures are excellent as is the MIRA representation, 1990s teams could go a head swap or you can leave as is to save the cash which will be my approach. 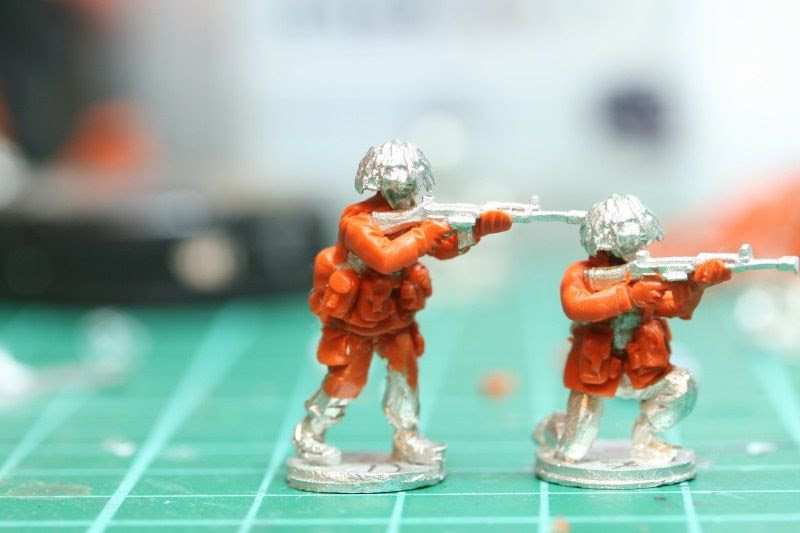 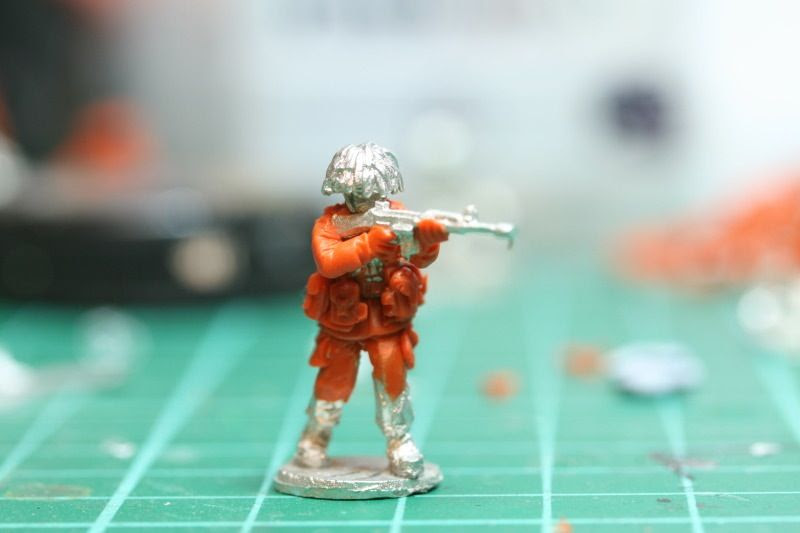 In production are a section in fire positions, a Javalin AA missile system a GPMG SF Kit, Carl Gustav team and a mortar crew, all up a very comprehensive range, and the greens demonstrate the quality great stuff.  Hopefully we'll see these go live on Matts Elhiem Figures site in the not to distant future, 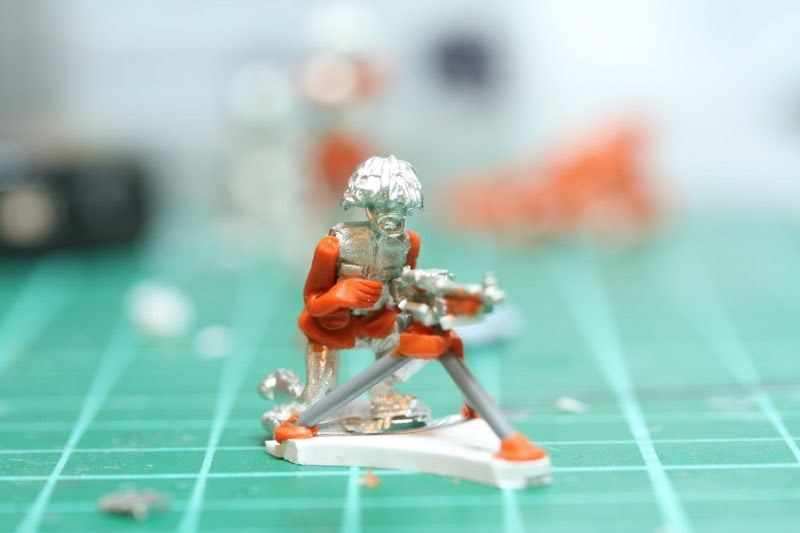 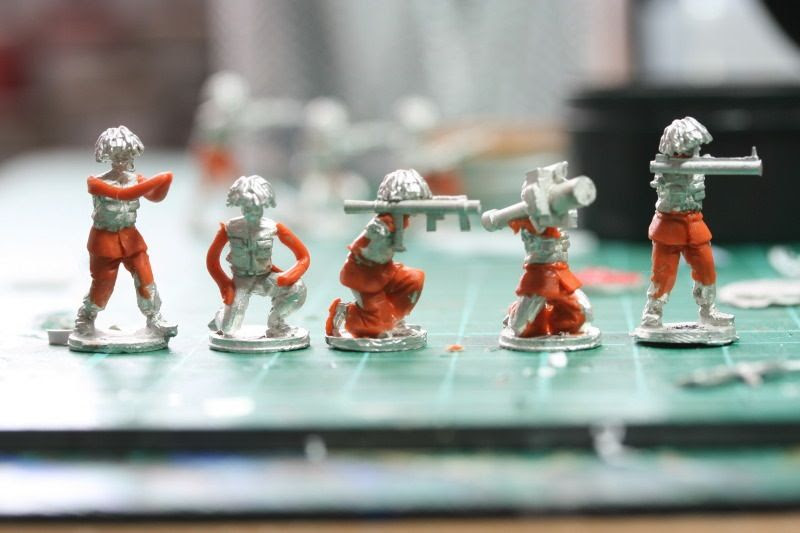 flicking through the Cold War Gone Hot, Force on Force supplement, he still has a few bits to go around the dutch, although his Canadians with SLR start to answer some of that need.


Quite a flourish of activity in both Resin and plastic, we'll start with the resin cold war manufacturer of choice who has gone absolutely british cold war potty. A big shout out to Shaun at S&S who has just about filled nearly all the slots in the Orbat not covered by the plastic manufacturers and other easy to access resin manufacturers so without further a doe 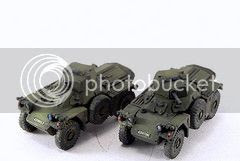 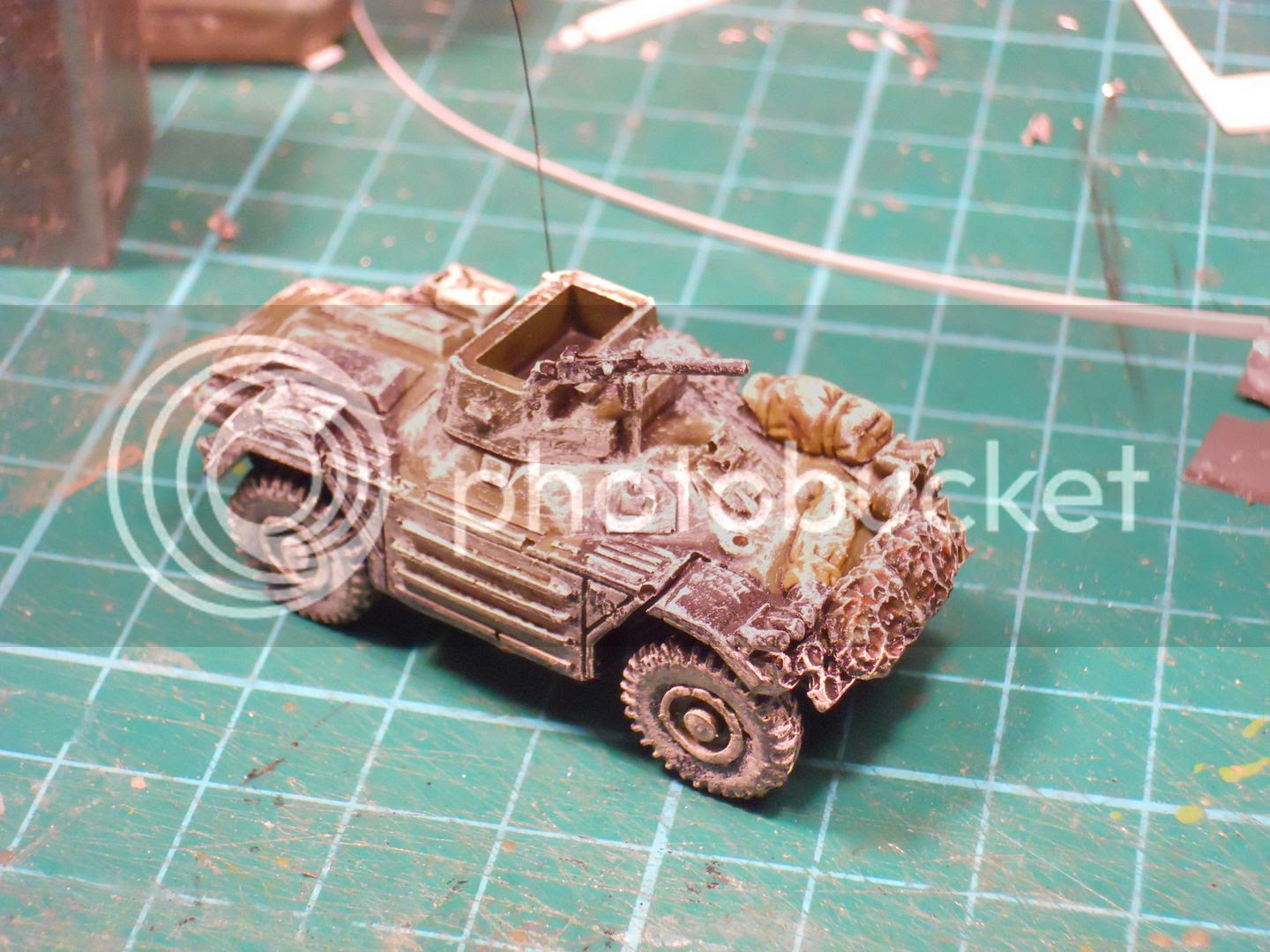 Secondly the CVR(T) fleet of the year, Scorpion, Scimitar, Samson Samaritan, Sultan and Striker awesome, I'll be getting a few of these to cover off an Armoured Battle Group HQ Sultan, A Divisional Recce Squadron, all of them + spartan, and an Armoured Regiment close Recce Troop with Scorpio, superb. 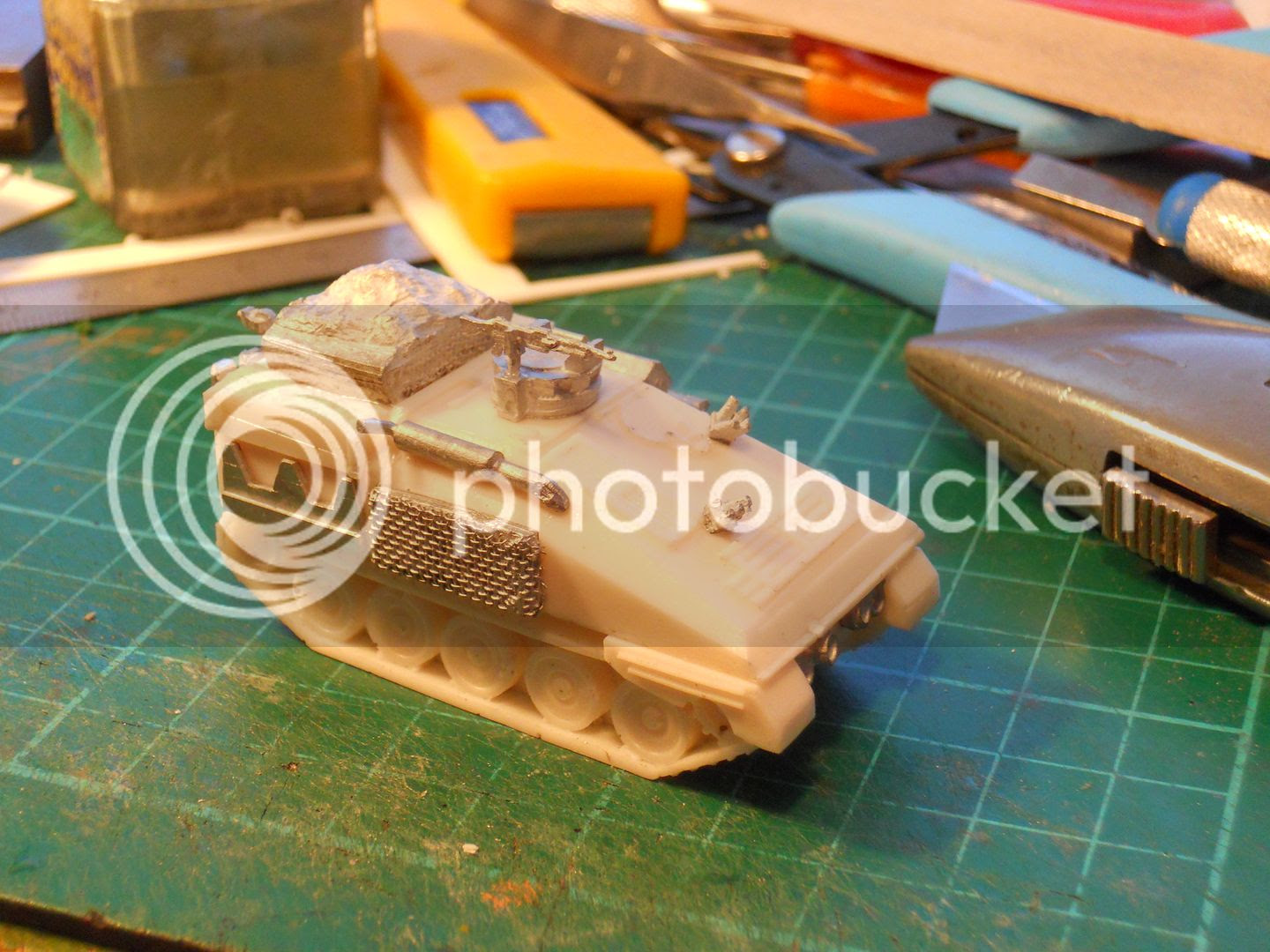 We then get into the land of recovery, a 434 and a warrior recovery, I have the 434 but have yet to build it and will be getting the Warrior for my late 80s Warrior Battle Group.

and a finally some soft skins a collection of supacats absolute gold dust and straight into my 24 Airmobile project, and a foden drops that will grace my 1990s artillery unit, probably with a couple of AS90s which of course will be a little cheeky.

So whats left to do to cover off the cold war british force, tracked rapier is the obvious one a DAF 4 tonne and a cost effective Saxon are the ones that spring to mind although both the Rapier and the Saxon are available elsewhere if a little dificult to get hold of.  After that your into specialist variants and there is still quite a bit of ground to cover there. As I build my way through this lot over the next few years I'll throw up more detailed reviews. 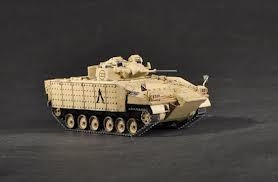 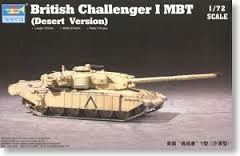 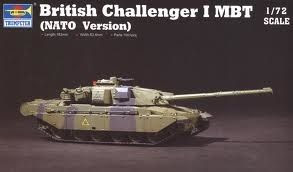 An impressive haul of releases in the last year and thats just the Brits, sadly a pile of kits have gone out of production with no obvious site of resurrection notably from the Ace stable along with a few noteable titles from Revel, having said that new manufactures have started to fill the gap.  Maybe I need to slot in an interim news post in order to cover off the rest of the pile over the next three months.

If you have any cold wargaming product news that you would like to share drop me a line at coldwargamer@gmail.com