Sourcing decals for your army is one of the inevitable activities when you start collecting vehicles for a wargames forces. It's generally driven by the need for a variety of unique numbers on vehicles within a unit and a consistency of formation identification markings for the force both of which can be difficult to achieve using the decal sheets supplied with kits. Equally you will probably find yourself purchasing a number of resin and white metal models to fill the gaps in the orbat not covered by kit manufactures and these models tend to be supplied without decals. 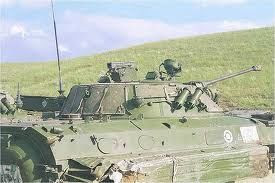 Markings on Soviet vehicles tend to be limited and there is a dearth of documentation and imagery on the subject. Equally the policy for their use seems to have been inconsistently applied, not surprising given the size of the organisation.  I have yet to find a reference book, the best resource I have found to date is this Russian language site that formed the basis for this work.  It quotes the source as - Soviet Army Land Forces regulations (part 2 - battalion, company). A rough translation of this has also been posted on the Guild Wargames Forum and I have largely paraphrased the translation so that it is easier to digest, essentially the main elements of the Soviet marking system are:

Vehicle number, 3 or 4 figure number generally in white on turret or hull side and rear, the precise schema was largely determined by the regimental commander and could be meaningful or meaningless.  It is described in the regulations broadly as follows: 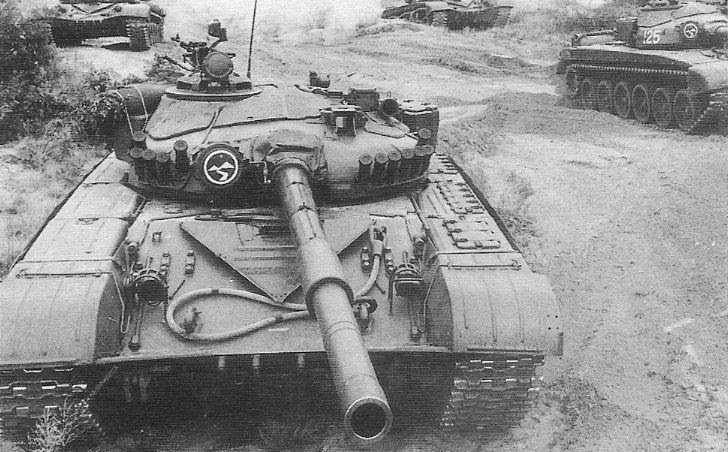 According to the reference, the vehicle number consists of three numerals, although I must admit I have seen a fair few pictures and decal sets with 4. The formation commander allocates sub units under his command a set of numbers (e.g. 200-299, or 800-999) for a period of time. 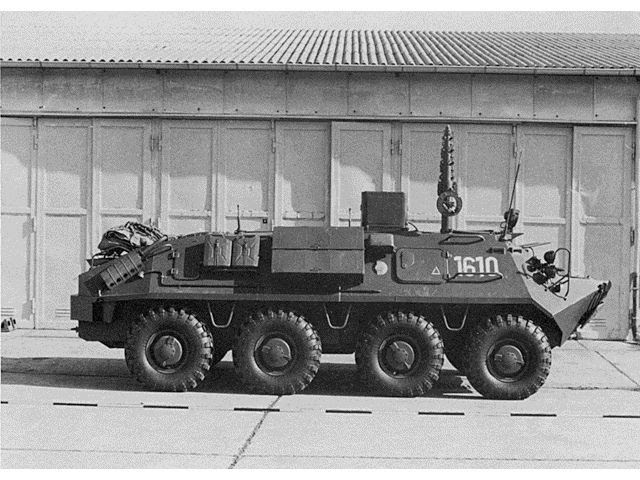 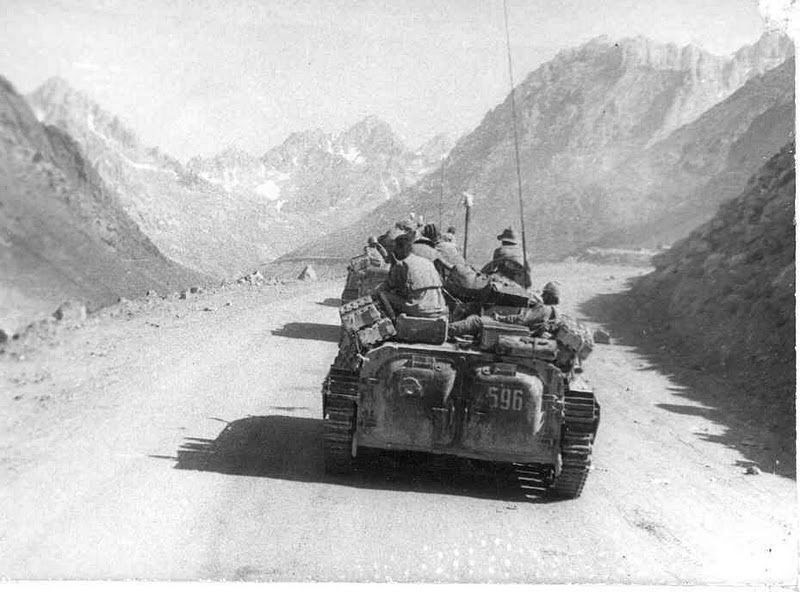 Numbers were generally painted on vehicles, space permitting, as follows: 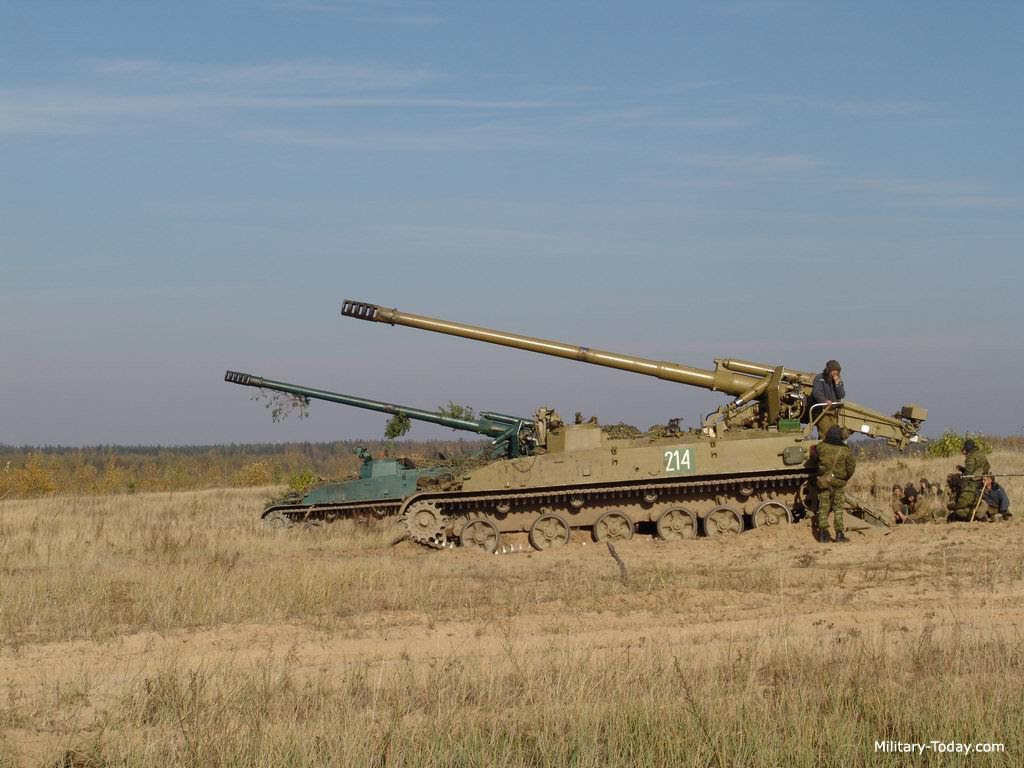 The Formation Symbol (see below) tended to be placed forward of the number.  Numbers were generally 20-40 cm high width being 1/6 (2/3 is stated but makes no sense, later in the translation 1/6 pops up out of context this would make more sense) of their height. The Formation Symbol would be equal to or smaller than the numbers the minimum size was stated as being 2/3 the size of the number. On Summer camouflage schemes these markings are white and for winter or Desert schemes black.  I have seen White on winter camouflaged vehicles :) 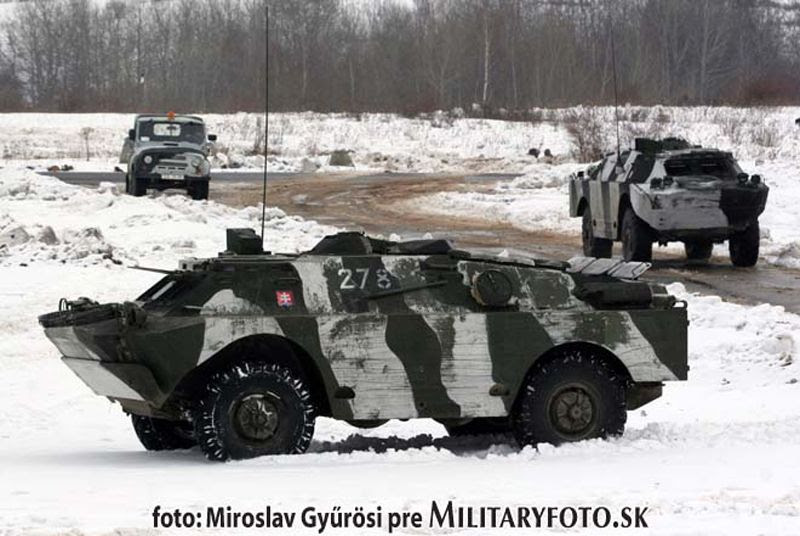 Various methods were used to assign numbers to vehicles a selection are outlined below: 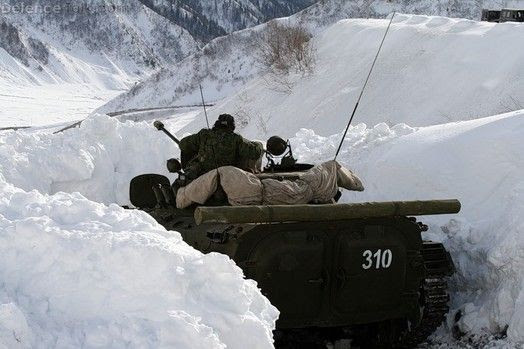 With the expansion of the helicopter force from 1970 the Identifying markings were applied on the turret tops of command vehicles in order to be clearly seen from above and behind. This was more common in central europe than elsewhere.
‪ 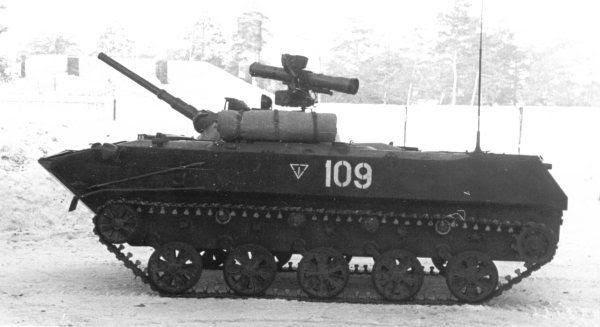 Honorifics or Arm of service symbols, typically seen on Guards, VDV and Naval Infantry units these markings tend to be more parade orientated than warfare but crews had a habit of leaving them on after the parade was long over.  Variously they appear on Hull, Turret sides and search light covers depending on vehicle type. 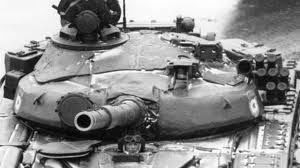 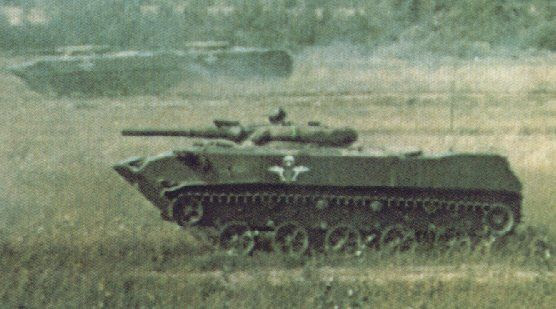 Formation identification markings were applied at Regimental level, were set by the superior commander and changed periodically.  They were located on turret sides and hull sides usually in front of the number, I have also seen imagery where they are marked on top the intent was that all vehicles in the unit should be marked, in actual fact a degree of variation occurred dependent on vehicle type and unit. They consisted of geometric shapes  usually a circle, square or rectangle. Inside the shape additional lines, numbers, letters, dots were added and the marking could be partially over painted to increase the variety of symbols available. 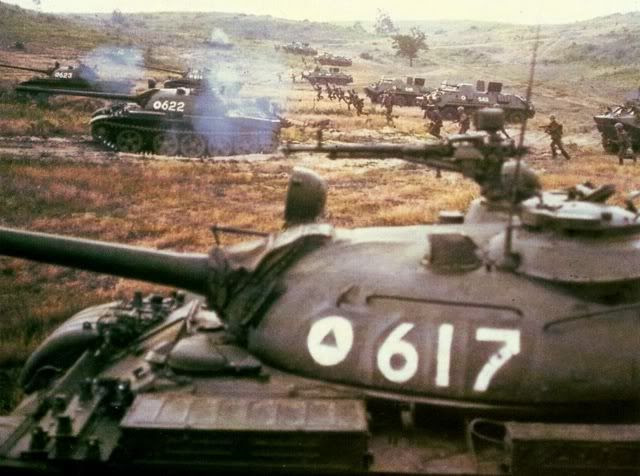 Air Identification Markings.  Which took the form of broad white lines on the vehicles upper surfaces. These could be longitudinal or Transverse or form a Cross. 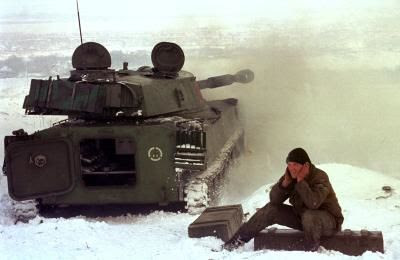 Operational experience in Afganistan lead some units to remove all markings, though from images of both that theatre and the European theatre this practice was not consistently applied across all units.

A Growing Range of decal manufacturers have useful products that cover off elements or all of these components at sizes that work on 20mm 1/72 scale vehicles. One of the key points being that decals designed for scales from 15mm - 20mm are useful so 1/144 through to 1/72 primarily because the marking size relates to the vehicle size rather than the scale.

Decal Availability. The Products I have discovered to date are as follows: 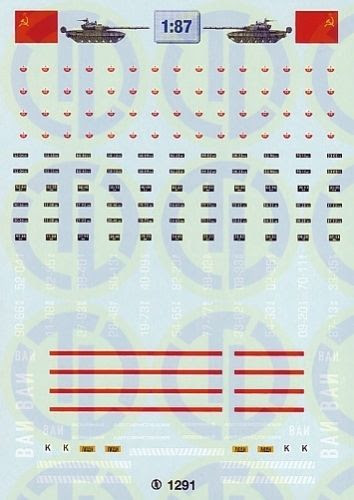 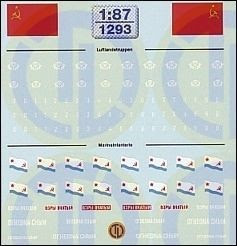 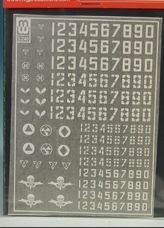 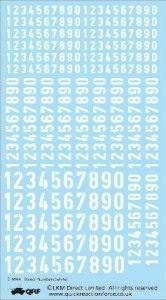 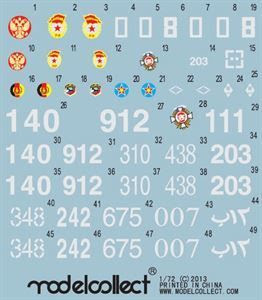 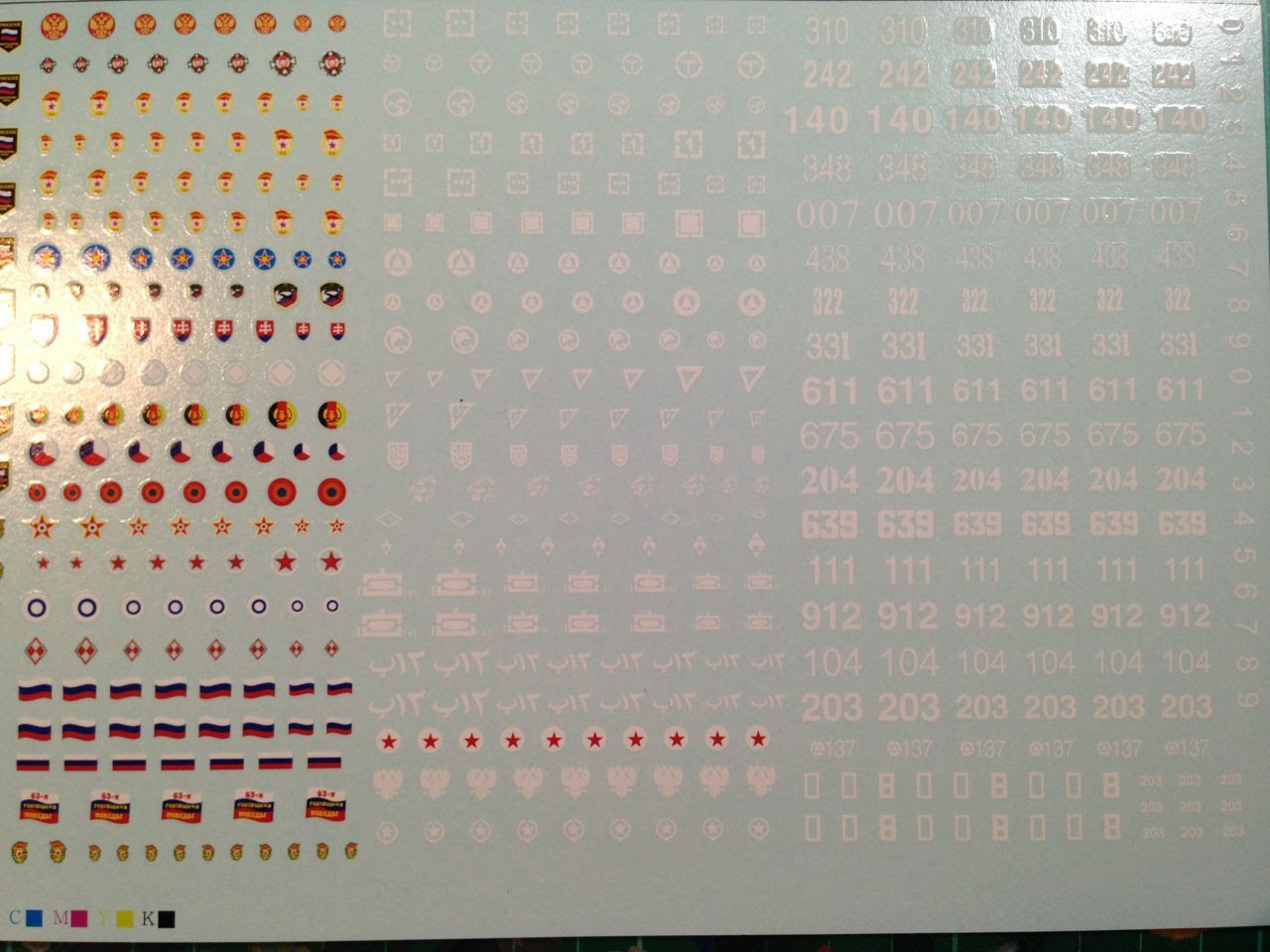 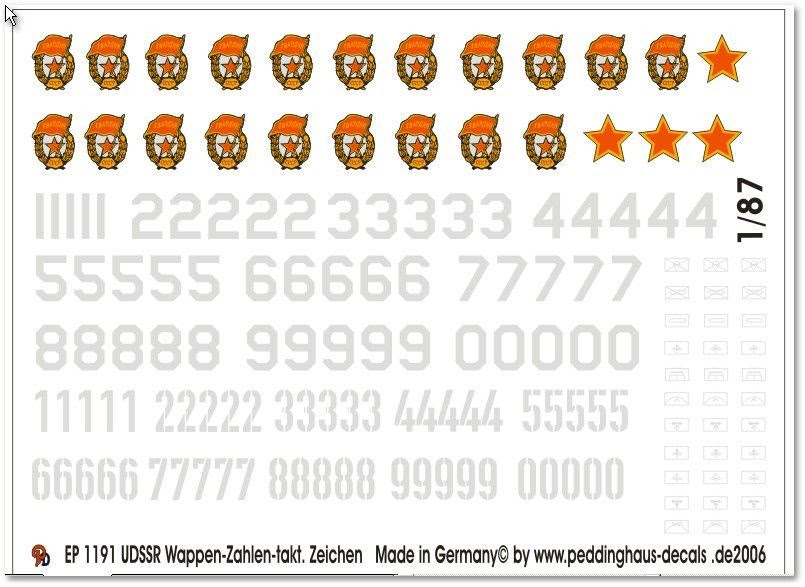 If you know of any other references for Soviet markings or decal sets let me know and I'll update the post.

Posted with Blogsy
Posted by Andy at 14:50