The British Army, is a largely predictable organisation which had a fairly well developed concept of what a vehicle carried when it went to war.  All vehicles carried an array of camouflage equipment which included rolls of Hessian, cut wooden poles and camouflage netting.  The Hessian was draped around the sides of the vehicle in order to eliminate shadow and shine, whilst the net was suspended on poles over the vehicle to disguise shape.  The aim being to conceal at least the type if not the presence of a vehicle, when it was static.  In addition to camouflage equipment FV432s in Infantry companies frequently carried mini pipe facines which could be used to breach small gaps such as streams and ditches.


Stowage positions for these items were limited depending on vehicle type as the crew would need access to hatches and had to ensure that turrets would traverse and guns elevate.  In an ideal world the stowed items would not burst into flames because they were placed on top of a piping hot exhaust system or prevent air circulating around hot engines because it clogged air intakes.

Most other equipment was confined to baskets or was internally stowed, inevitably the speed you packed up would have an effect.  Crews also liked to secure additional stowage containers to the vehicle by welding on ammo boxes and stowage bins.  These eventually become painted when the vehicle was re sprayed. Re painting was of course something the British Army did at a fairly high frequency.  Loose items that were frequently stowed outside include roll Mats and cans of lubricant. 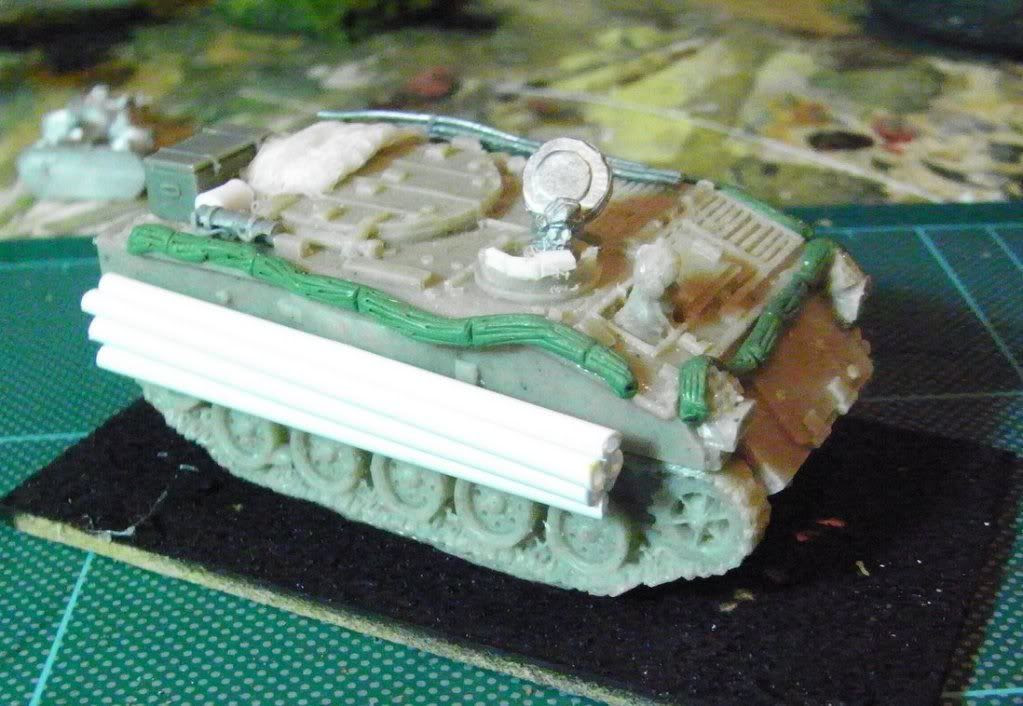 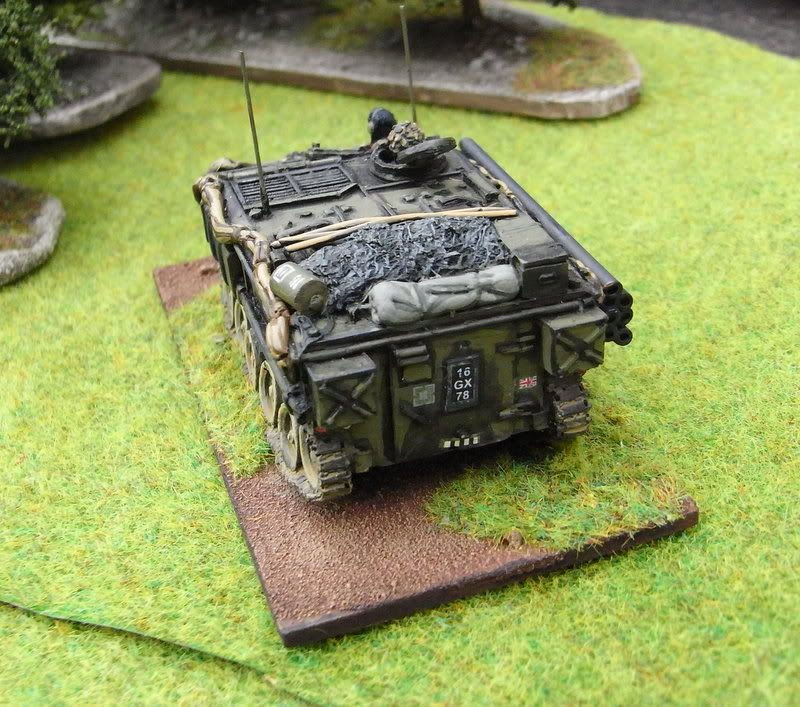 The mini Pipe facings are made from plastic tube cut to length, glued together then fixed in place, the Hessian is green stuff, rolled and scored with a knife and looped to represent the effects of gravity, Cam nets are gauze bandage, dipped in water and white glue and the lube can is cut from plastic rod.  The Ammo boxes and roll mats are resin and the poles are florists wire.  Markings are from Penddinghas. Decals.  Base colour for the vehicles is Vallejo Russian Uniform