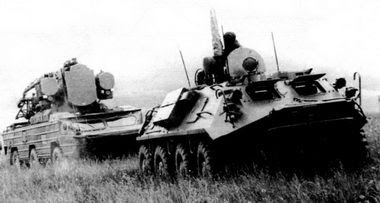 As part of creating artillery and air defence units for the breakthrough project I kicked off a year or so ago I discovered a need for some armoured command vehicles.  The thought was to use specific communications vehicles rather than the k variants found in Motor Rifle Battalion and Company headquarters.  Armoured command vehicles were produced by the Soviets for the BTR 60/70 and 80 series vehicles and these were used extensively within the units I had in mind. 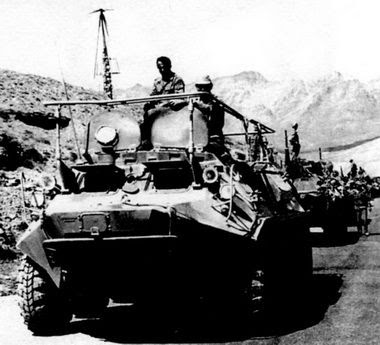 The obvious choice was the  BTR-60R-145BM or one of its more modern variants the vehicle is a turretless version of the BTR 60, fitted with:
The vehicle also seems to attract the designation BTR 60 PU and  is visually similar to the BTR 60PU-12 an Air Defence command vehicle which would also be useful. 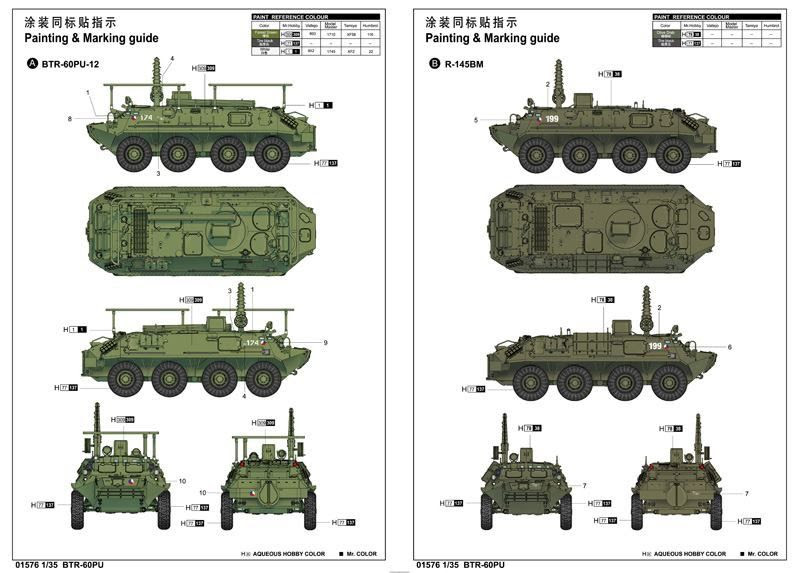 An analysis of the available imagery identified the following tasks to complete a conversion from a BTR 60 PB into the required command vehicles: 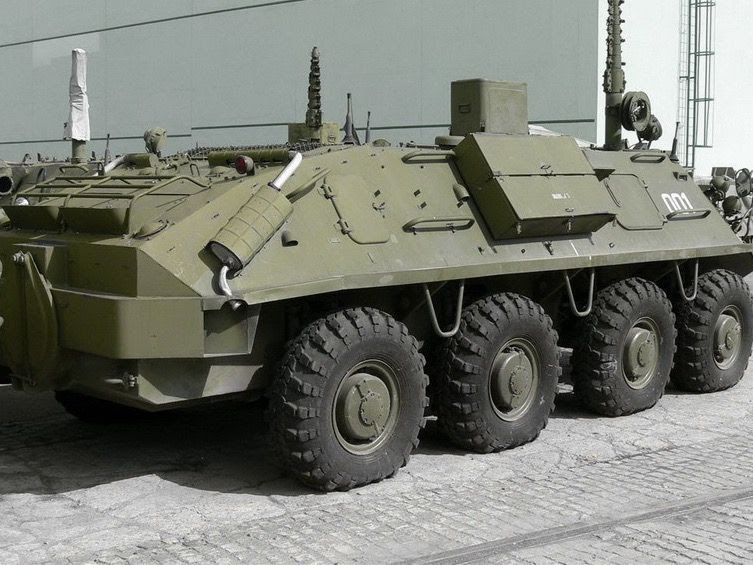 The BTR 60PB I have chosen for the conversion is produced by the Hobby Den, which is an imposing resin and white metal kit with some clever ideas that give you a lot of crewing options as hatches are white metal castings that fit over recessed hull areas providing scope for crewing options at much reduced effort compared to other resins where the hatch and hull would need drilling and a new hatch creating to achieve the same effect. 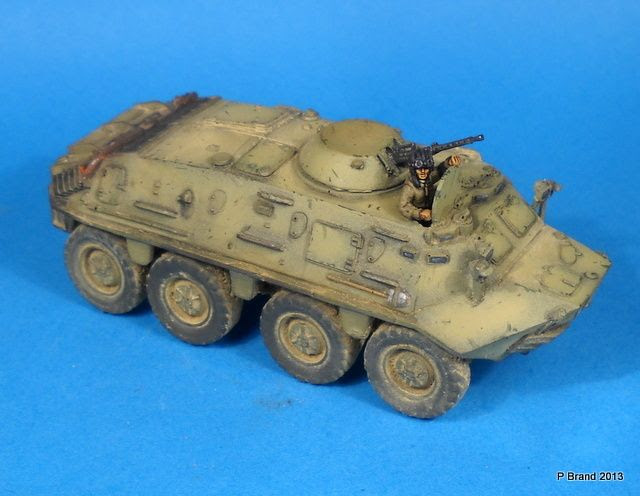 Since I commenced this project a number of other models have come onto the market giving a degree of choice in the models that can be used notable amongst these is the S Models BTR 60 PB kit.  The quality of both the resin hull and the white metal wheel set and hatches has been good on all the copies I have received with small amounts of flash on the white metal parts and almost no air bubbles on the resin hull and turret.  The base of the turret is marginally convex but this was not really relevant to the model being built. 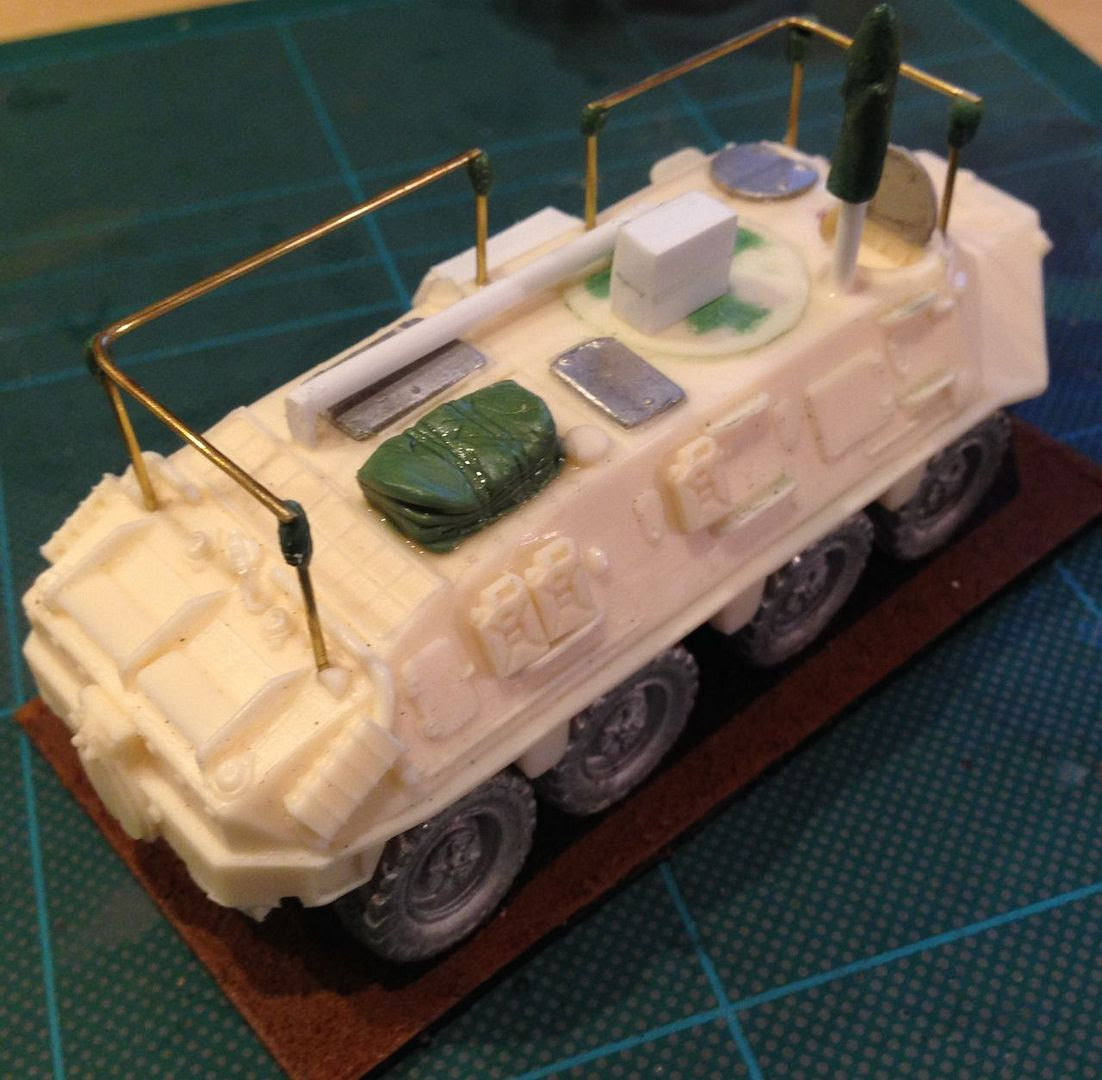 The conversion is very straightforward and can be done with the frame antenna erected or folded.  To simplify the problems around building the frame antenna I attached it directly to the hull . This avoided the needs to build the mounts and created a robust structure. I also simplified the frame from a double tube to a single tube. The frame supports and the frame itself were made from lengths of brass rod and to ease the problems of height adjustment I used green stuff to attach the frame to the upright frame supports. 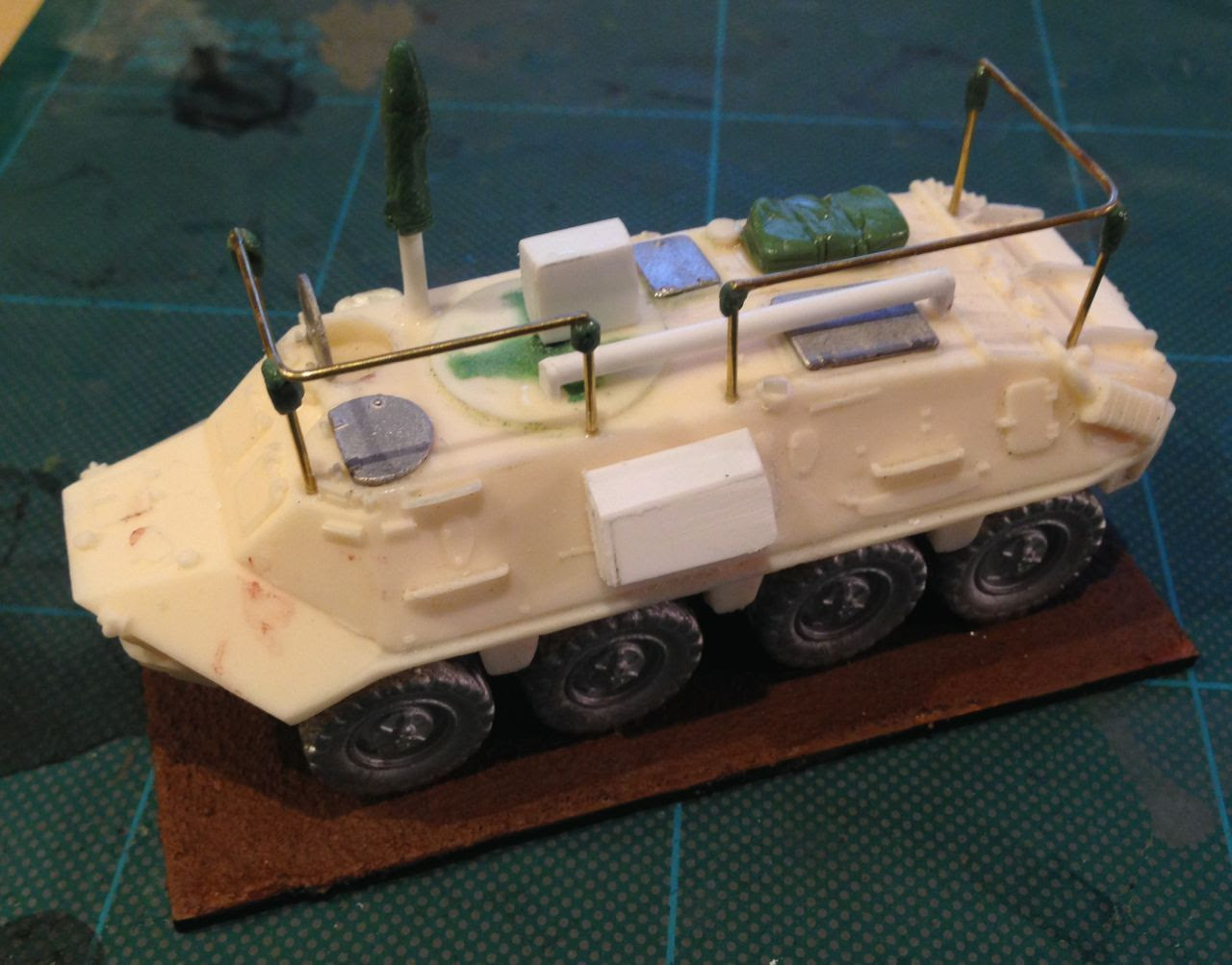 Both the AMU 10 Telescopic mast and what I have termed the stowed antenna tube on the hull roof were cut from plastic rod.  The use of a cover fashioned from green stuff for the AMU 10 got around the need to model the detail at the top of the telescopic mast, although this could have been produced using  the mast components that come with ACEs BMP-1Ksh. 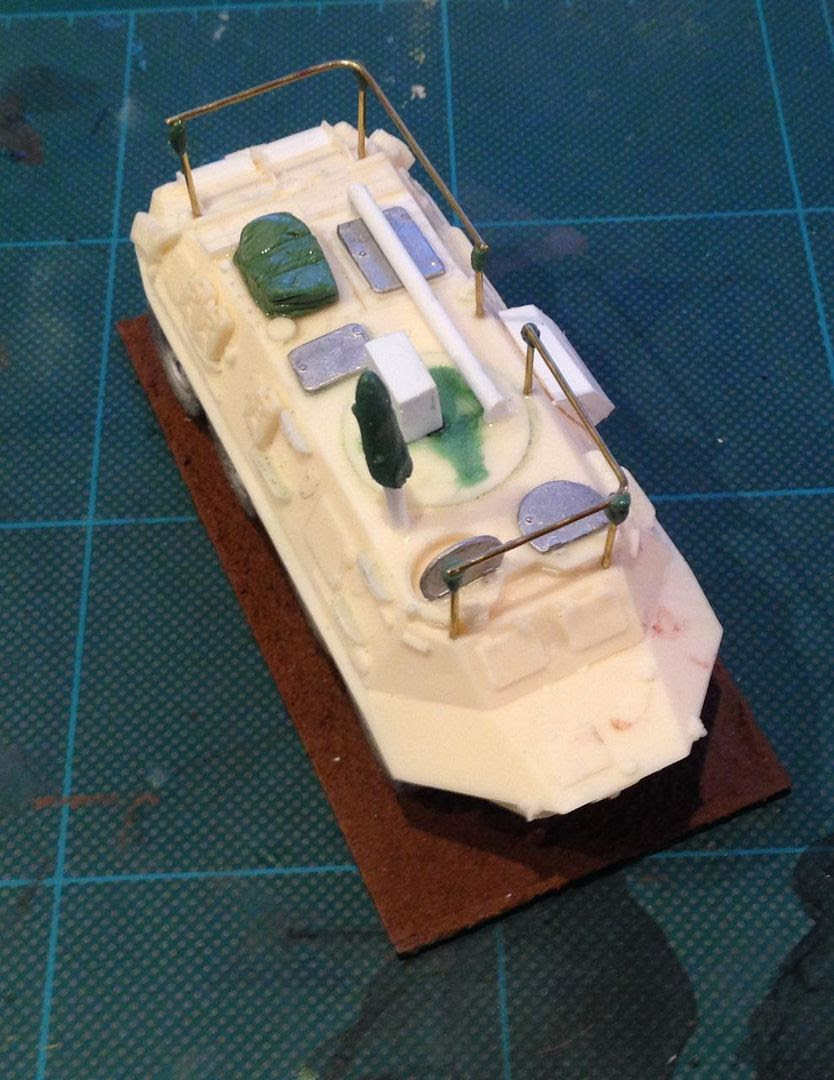 The Generator box was the final component of the fixed vehicle equipment and this was created through layering plastic strip to create an oblong box structure that would be easy to replicate consistently given that I needed a few of these vehicles.   All the other components I viewed as part of stowing the vehicles as the images I had collected showed a degree of variability in type and placement.  The Images variously show jerry cans and a large external stowage box mounted on the left and right hand side of the vehicle. which goes on which side seems to vary. 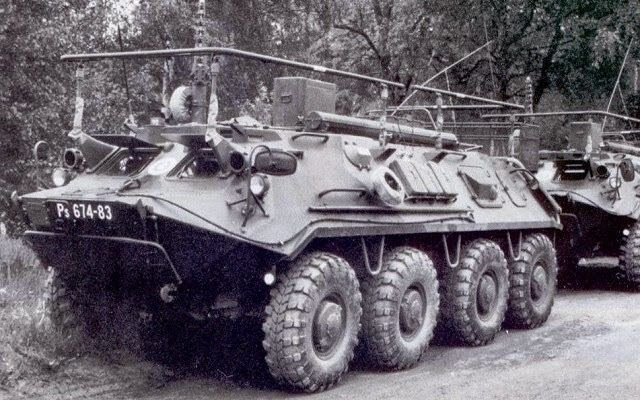 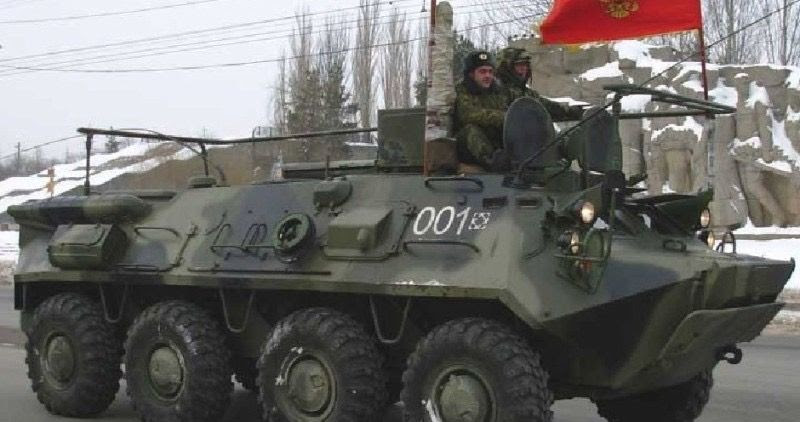 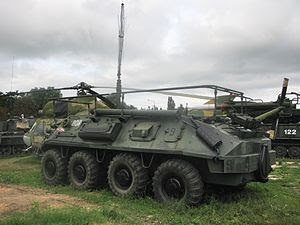 Stowage baskets are also seen mounted over the rear engine louvers and there are a number of images with command vehicles supporting a number of roof mounted stowage boxes.  Unusually for Soviet vehicles but less so for command vehicles in general these wagons are often seen with a variety of additional equipment. 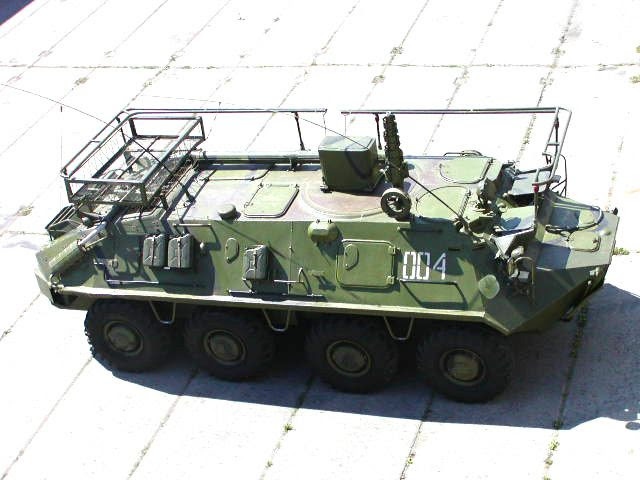 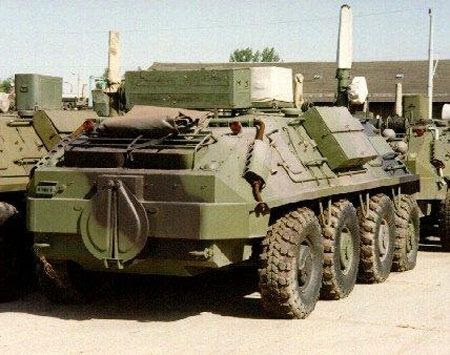 I have confined my stowage to include the Jerry cans on the right hand side and a large irregularly shaped stowage box on the left.  In addition I added a folded tarpaulin/tent on the roof made from green stuff and marked using a wet knife blade to create the straps folds and creases.  To get the various boxes and jerry cans to mount effectively on the hull it's necessary to file away some of the hull side hatches. 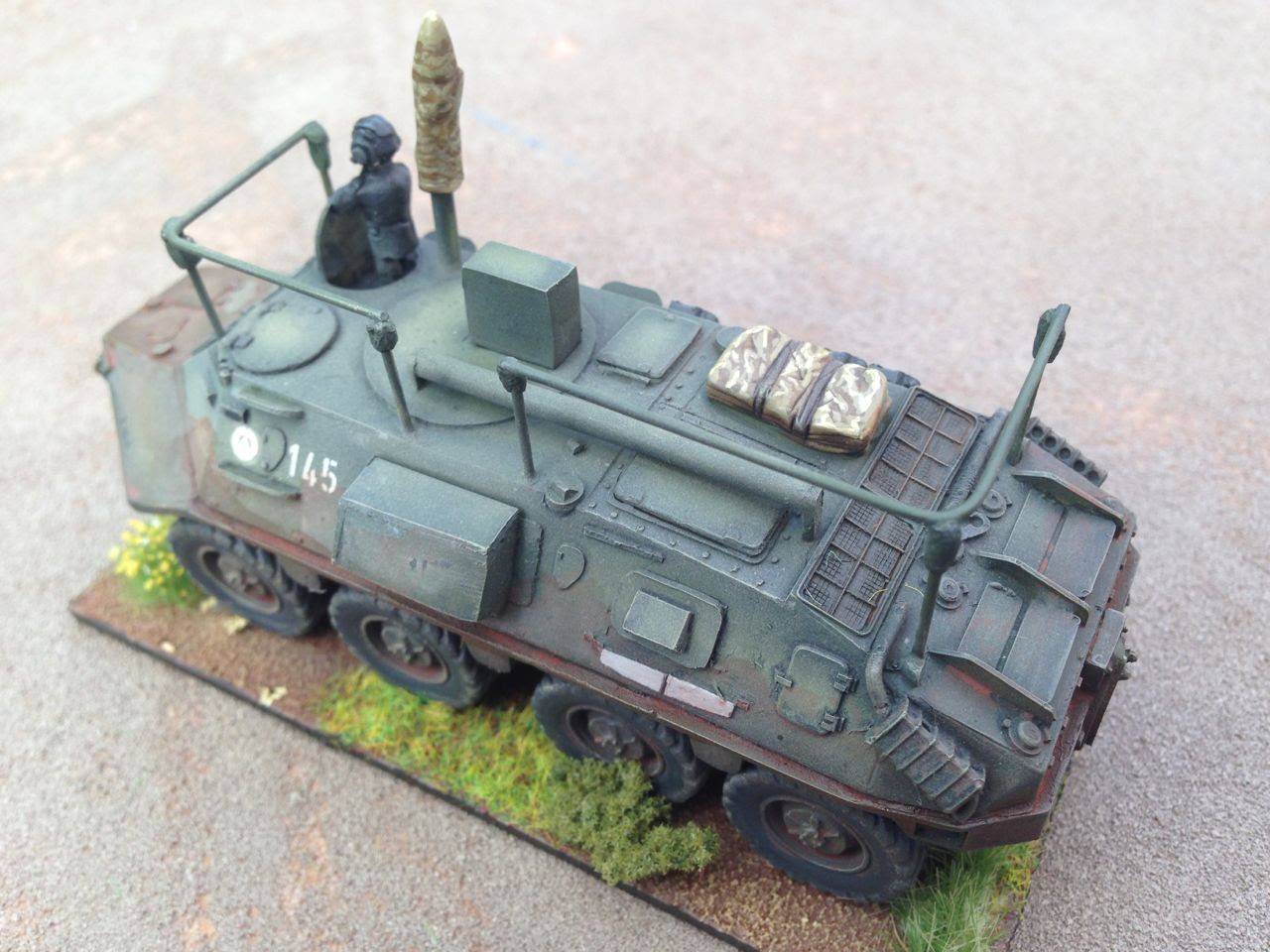 I commenced painting the vehicle with a pre shade of the lower hull wheels and underside of the vehicles using Tamiya XF-69 NATO Black. The model was then sprayed with Tamiya XF-13 JA Green, using a lighter coat on the lower hull ensures it remains a darker shade.  The panels were then picked out with Tamiya XF-65 Field Grey. A pin wash was applied using the Humbrol Black enamel wash and a blue grey filter applied to selected panels and hatches using a diluted Humbrol Blue Grey enamel wash.  The raised detail was dry-brushed using a mix of Vallejo Russian Uniform and Buff. Detail was then painted in as follows: The vehicle was then weathered using a heavy wash of Vallejo Mahogany Sand primarily targeted at the recesses, before the whole was over-sprayed using Tamiya XF-59 Desert Yellow. 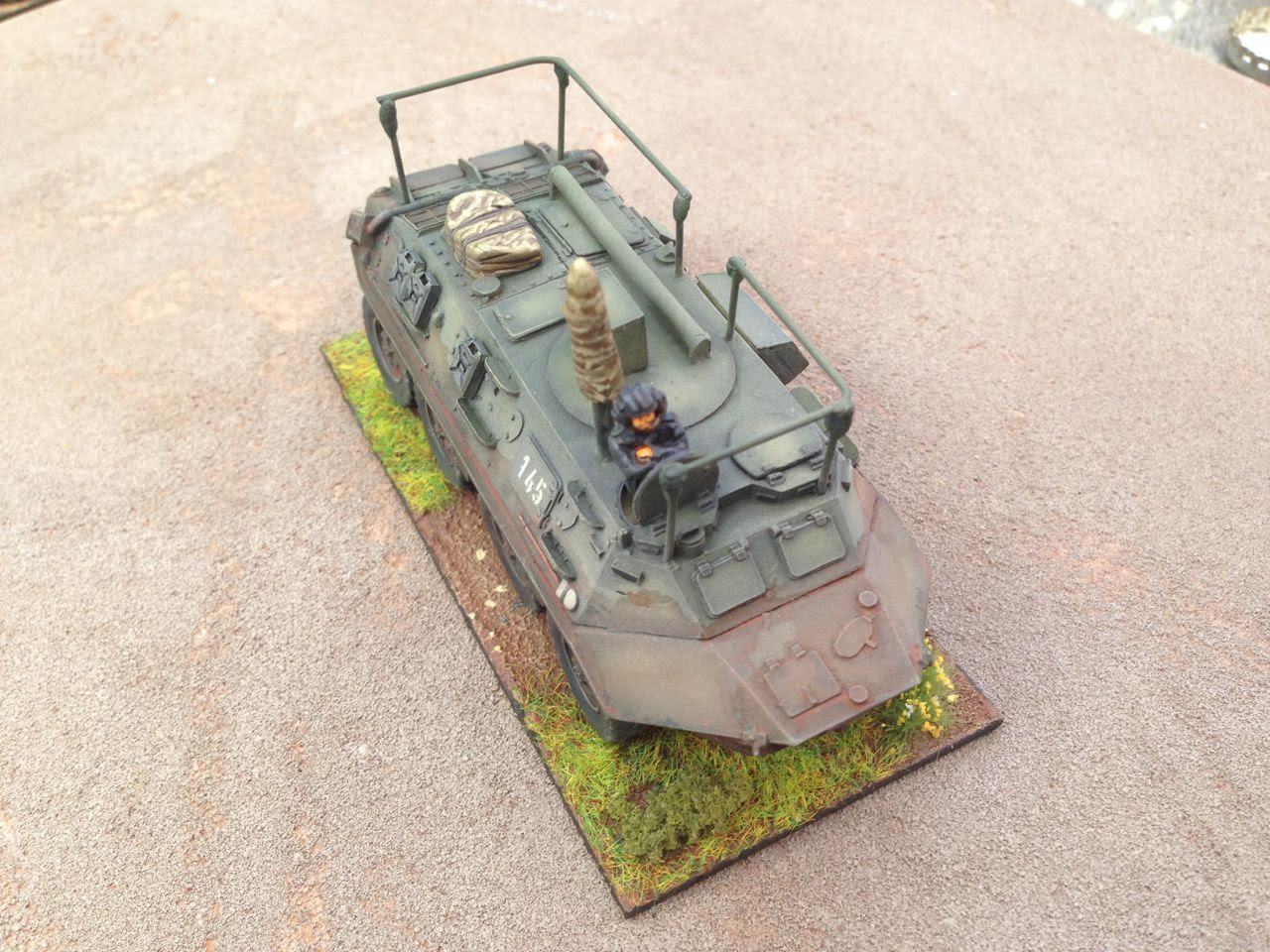 Markings consisted of a regimental symbol and tactical 3 digit number, with the number coming from QRF and the regimental marking from the model collect large decal sheet. 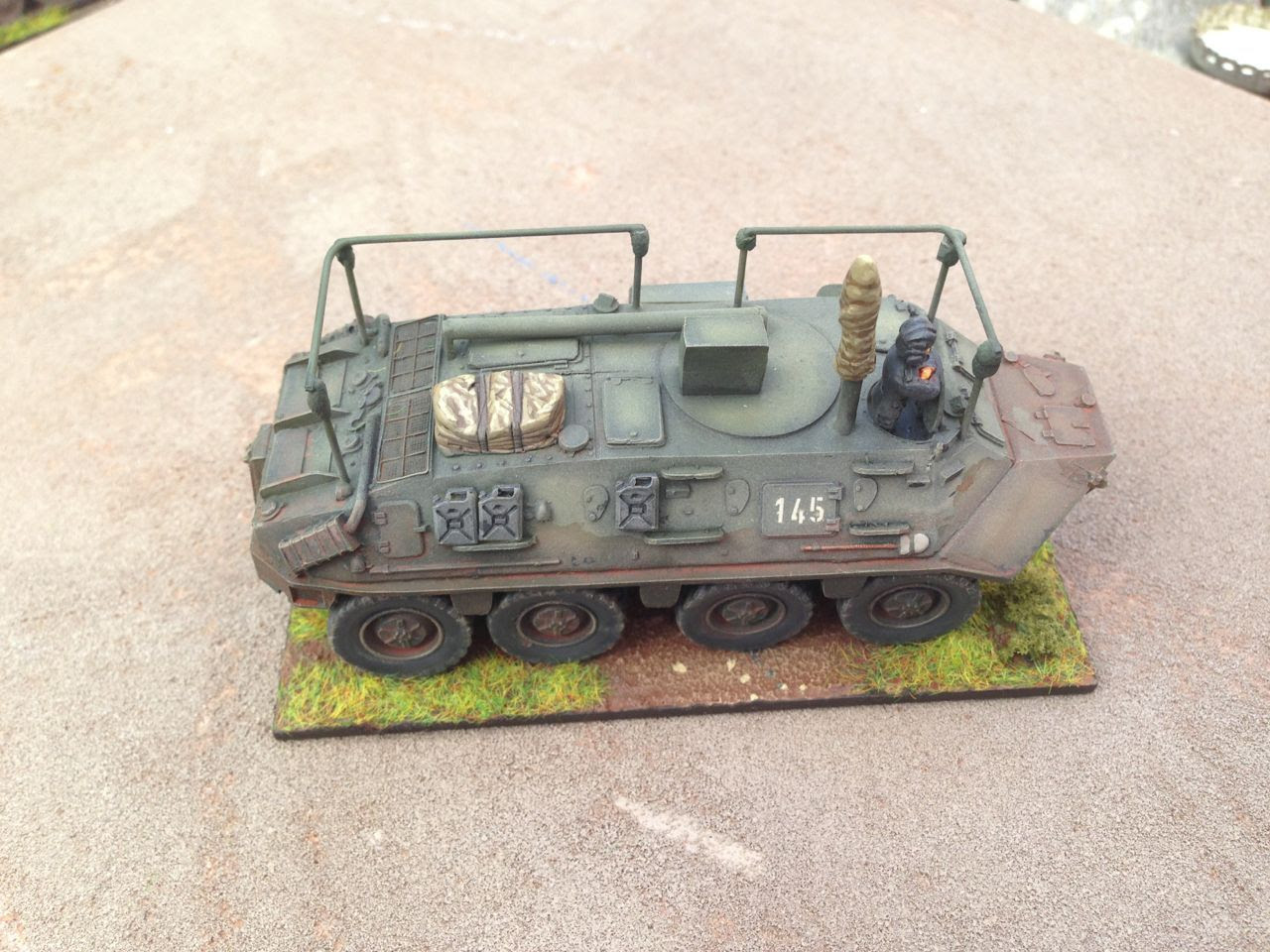 The vehicle is based on laser cut MDF bases supplied by East Riding miniatures, these are covered in a mix of sand and white glue before painting. Once dry a range of bsing materials have been used to create the vegetation on the base.

Other Posts of Interest: